There’s surely a lot of us that would like to have complexion “like a baby’s bum” and have heard for numerous times now “drink water, it will make your skin glow”.

These past months were an eye-opener for me, when it comes to this topic. You know, surfing the internet, searching for beauty related themes and here and there a link jumps in front of you, offering the truth about this and that. Whoa, really? “Drink water for better complexion” is such a common advice that’s given to women and girls all over western society.  It capctured my attention, so I googled it further. I don’t know if you’re already familiar with these latest findings or not, so here’s your answer.

Adding a few extra glasses of water each day has limited effect. “It’s such a tiny part of what’s in the body,” says Goldfarb. “It’s very unlikely that one’s getting any benefit.” His full editorial is published in the current issue of the Journal of the American Society of Nephrology.

One study published in 2007 on the cosmetic benefit of drinking water suggests that 500 ml of water increases capillary blood flow in the skin. “But it’s unclear whether these changes are clinically significant,” says Goldfarb.

Myth or Truth: Staying hydrated prevents wrinkles.Myth. When a person is severely dehydrated, skin is less elastic. This is different than dry skin, which is usually the result of soap, hot water and exposure to dry air. And, no, unfortunately, drinking lots of water won’t prevent wrinkles.

So the problem is a general lack of evidence that drinking more water makes any difference to your skin. We can’t say it definitely doesn’t work, but there’s no evidence that it does. Which leaves the question of how much water you should drink. Since it depends on the weather and what you are doing, then there is a very good internal guideline we all have that can help. And that’s thirst.

Or, the urine colour, Brierley Wright (2011, cited before) is advising in her article:

“The easiest thing that anybody could do on a daily basis is monitor their urine color,” says Douglas Casa, Ph.D., A.T.C., who studies hydration at the University of Connecticut. “Lighter urine color—like lemonade—means you’re generally well-hydrated. If it’s darker, like apple juice, you are most likely dehydrated.” 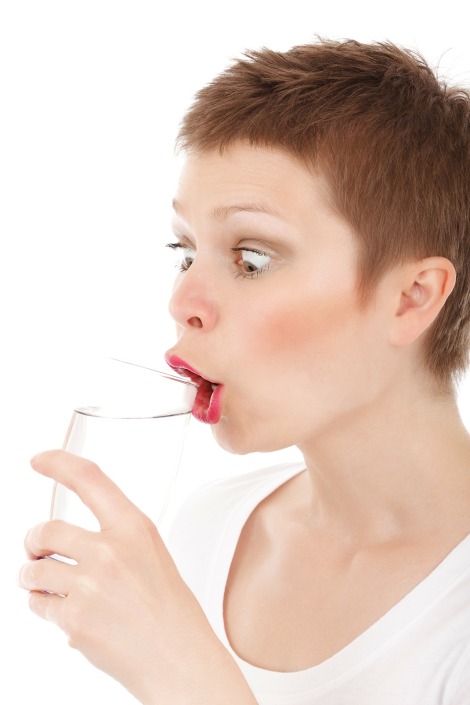 We tend to think that drinking a lot of water can cure dry skin, but the truth is that it’s not effective.

“A normally hydrated person probably won’t see a difference in their skin after consuming an increased volume of water,” saysDr. Donna Pellowski, UAMS dermatologist. “Excessive water intake can lead to other health problems and is not recommended nor is effective for dry skin.”

But “humans aren’t like plants. Our skin doesn’t perk up when we consume water,” says Katie Rodan, a dermatologist in the San Francisco Bay area and a coauthor of Write Your Skin a Prescription for Change. In fact, when you ingest it, “water doesn’t go straight to the skin,” she says. “It goes through the intestines, gets absorbed into your bloodstream, and is filtered by kidneys. Then it hydrates cells.” When it comes to moisturizing skin, drinking water falls short.

Elizabeth Whitmore on How stuff works:

No one knows exactly where the theory that people need to drink eight glasses of water a day came from. What we do know is that it isn’t necessarily accurate and may not do much to keep your skin hydrated. So if you’re thirsty, go ahead and drink a glass of water. If you’re not, don’t worry about it.

Elizabeth Graves sums it up on Real Simple (cited before):

Your skin type, whether it’s dry, oily, or a veritable combo platter, is largely determined by your genes. That natural moisture level then fluctuates depending on what your skin’s protective lipid barrier is exposed to. This lipid layer helps keep moisture in and germs and irritants out. (That’s why dry skin can become red and itchy.)

That’s it, my dears! Drink water, because it’s good for you, but don’t overdo it. If you’re dehydrated, your skin will look “older” (even little wrinkles are more visible then), and it’s the right thing to drink then. Other than that, in a normally hydrated person, maximized water intake will not do magic! 😉

What are your thoughts on this? Cancel reply

Authors of the blog: 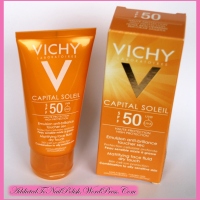